Trust us, you'll remember us in the morning... 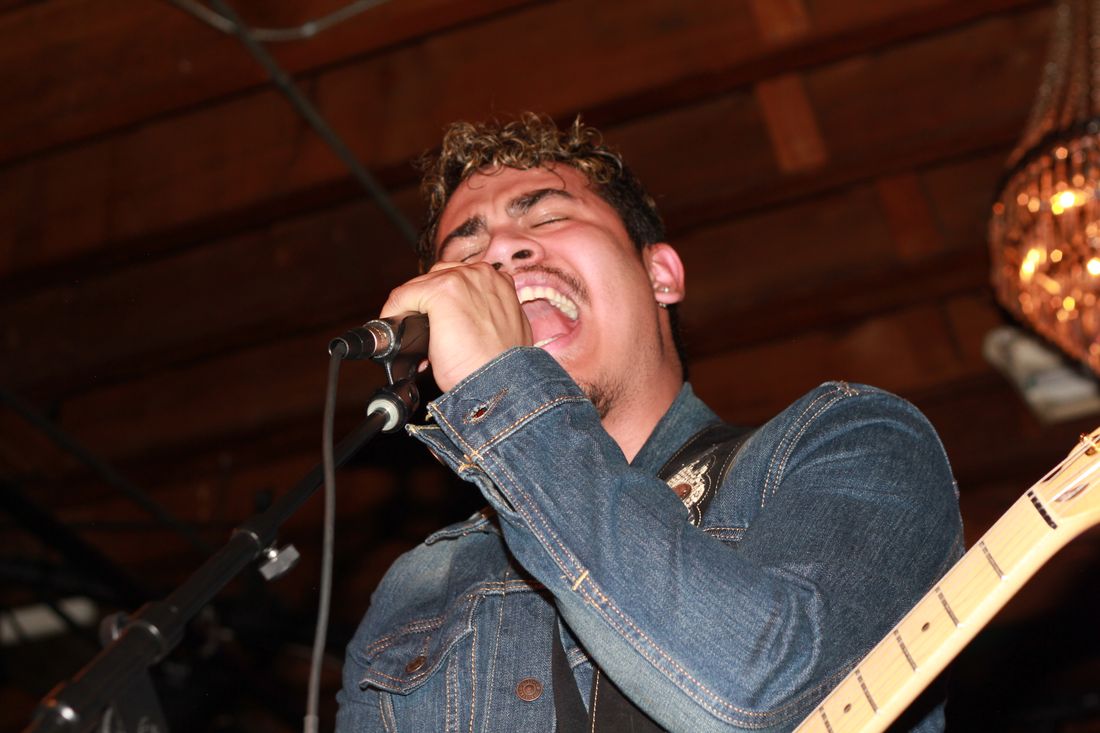 August 11th, 2015, four young lads prepare to perform their first show together at local bar, Bistro Al Vino as part of their “Tuesday Night Open Mic.” Though two of their members had only played their instruments for three months, they were excited for their first gig, and the four gave it their all on that open mic stage. Exactly one year later on August 11th, 2016, the same four lads finish their final rehearsal before heading off to funk up the legendary Marquis Theater, a premiere music venue in Denver, CO.

Now they are Prism Palace, the local band from Aurora, CO that’s been tearing up the Colorado music scene. Prism Palace can best be described as: A mixture of melodic 70’s inspired guitars, groovy eccentric basslines, energetic drumming, and light hearted lyrics with an R&B vocal delivery. “When we get together as friends, it’s always a trip,” explains drummer Pieter Tampubolon. “Our wild personalities get multiplied when we’re together and you can hear it in the music.”

Prism Palace consist of Duke Monsoon (El Salvador), Aaron Sanchez (Mexico), Kellen Ryne Butler (Colorado, USA), Pieter Tampubolon (Indonesia). All from completely different backgrounds, yet this great nation and music has brought them together. Each periodically met throughout middle school as they all participated in their school’s jazz band. High school is where their friendship truly bloomed and they developed their dynamic as a group. Though they were all content with just being friends, Kellen began teaching Duke guitar and the two started to experiment with music. “I originally wanted to learn guitar because,at the time, the flute was the only instrument I played. I always wanted to learn a second instrument, and the guitar always seemed cooler than flute,” claims vocalist Diego Figueroa. The audience tells a different story though. Duke showcasing his skills on the flute ends up being a staple of their shows; particularly in the song “Do You Love?”  At the end of high school, Duke and Kellen wanted to perform for their graduation ceremony. Aaron and Pieter were interested, but their instrumentation didn’t quite fit. So Aaron converted from alto-sax to bass and Pieter from trombone to piano. Now with a more traditional lineup, the four decided to perform, "In My Life" by The Beatles. Being surrounded by their peers and over 2,000 strangers, the performance left the group in a trance. “I remember it was in that moment I thought we could actually make a go of this”, says lead guitarist Kellen Butler.

Shortly after, Pieter made the jump once again from piano to drums and the final lineup was now set. ”I remember that the first few months as a band were tough,” says bassist Aaron Sanchez, “that was mostly due to the fact that Pieter and I had just picked up new instruments, and we had to figure out what direction of music we wanted to take.” The boys started learning covers of classic-rock and modern songs while searching for their unique sound. They consistently found themselves heading towards elements of classic Motown Funk. With that in mind they began writing songs; adding modern, jazz, and rock elements to the mix, which eventually became the sound that defines Prism Palace. After playing a few local bars and honing their chemistry, the boys decided that 2016 would be their year to flourish and break into the local music scene. After funding and recording their first EP in early June, the group began to receive invitations to play at multiple different festivals and began booking many shows around the Denver area. With an average of a show every other week, Prism Palace prepared for a very busy summer.

The group now hones their craft so that their love of music can be spread, along with their ultimate goal of making the world sing, dance, and groove to their home-grown sound.